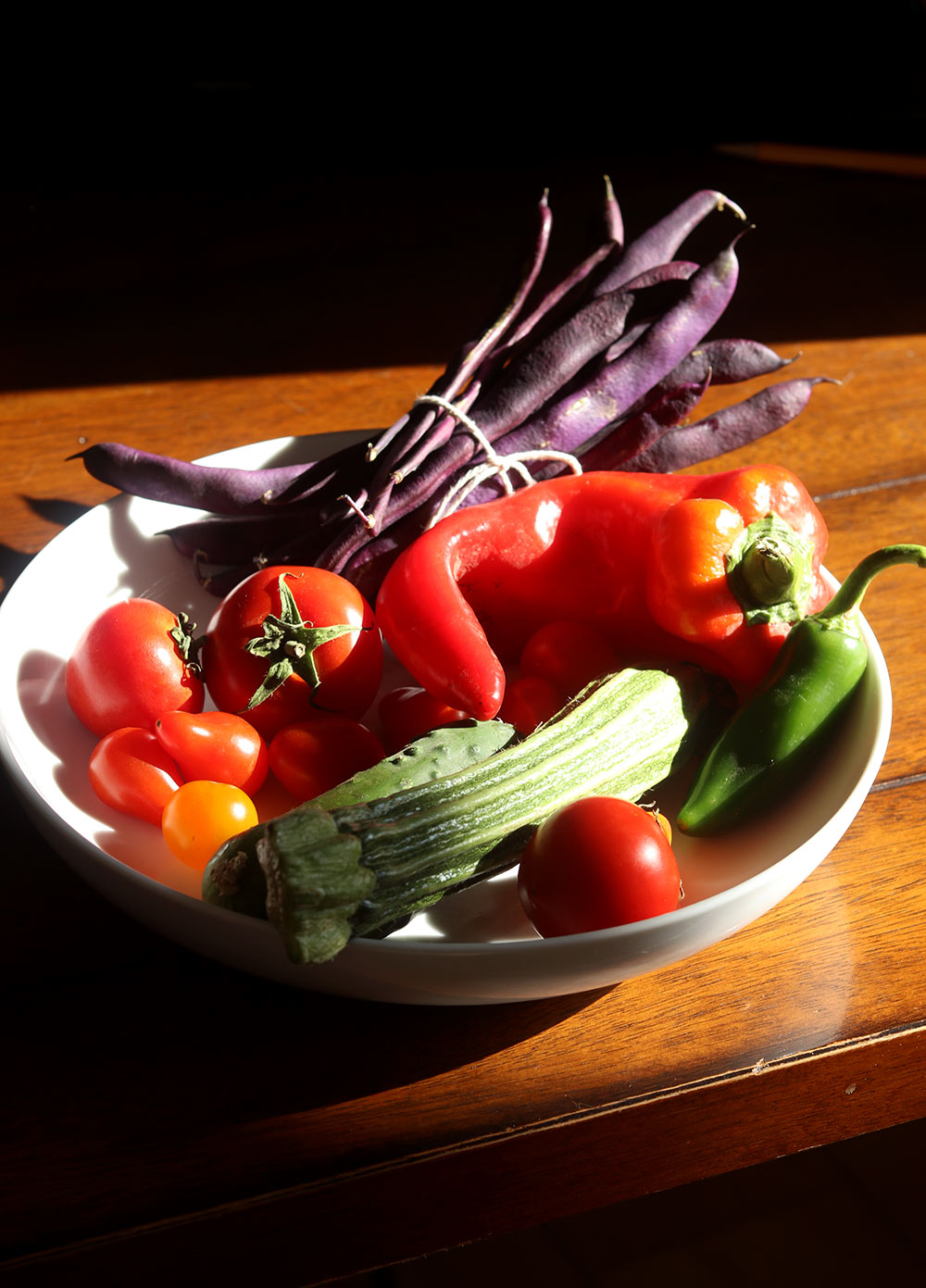 The bounty of produce being gifted to me by my neighbors continues! Check out these beans… 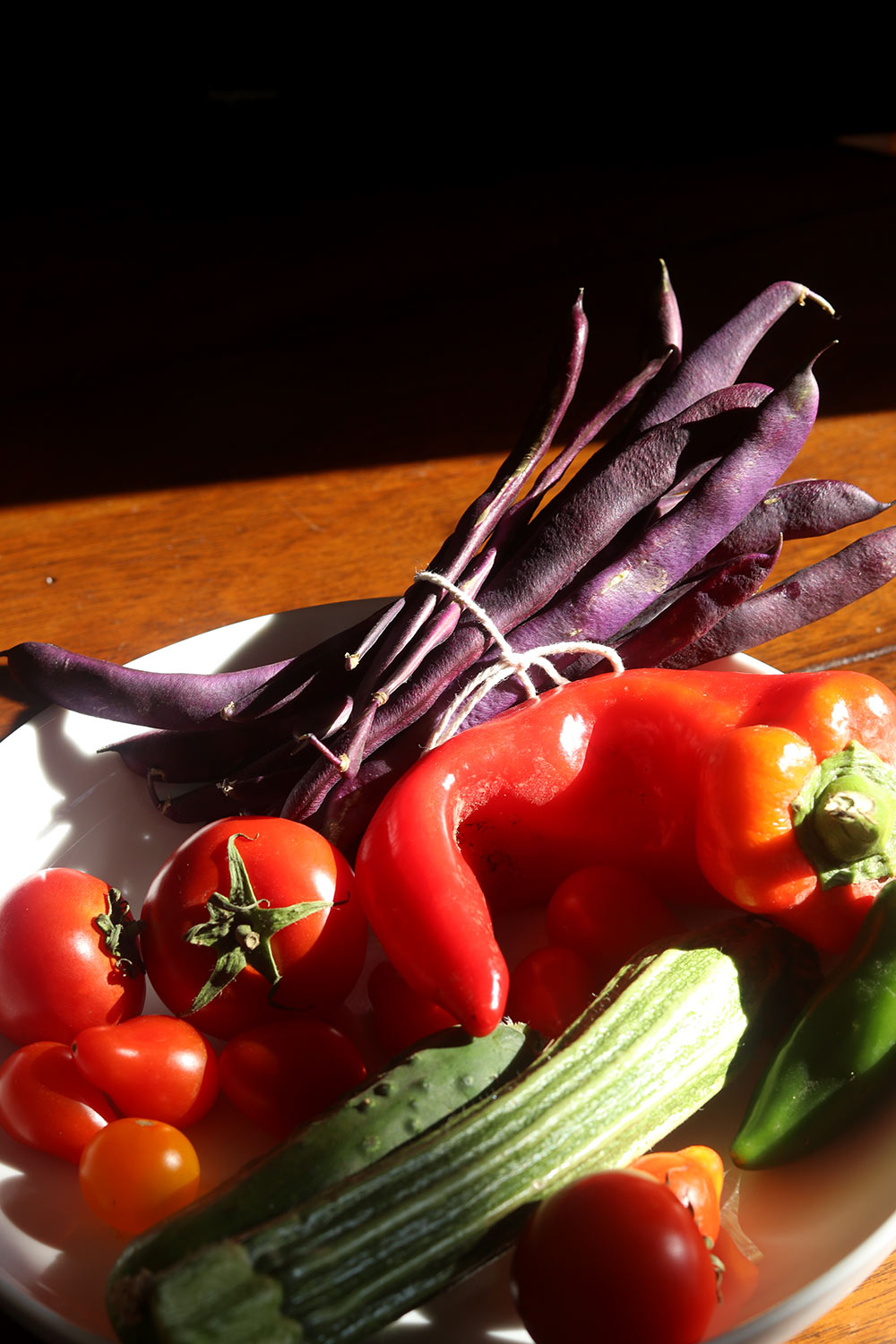 What does one do with purple beans? I’m thinking of roasting them, but I don’t know. A heat wave is coming in, and I don’t fancy turning my oven on when it’s boiling outside.

Oh, remember that massive head of cabbage my other neighbor gave me last weekend? I ended up making cabbage rolls with ground beef, rice and parsley.

This was my first time, and they turned out OK! 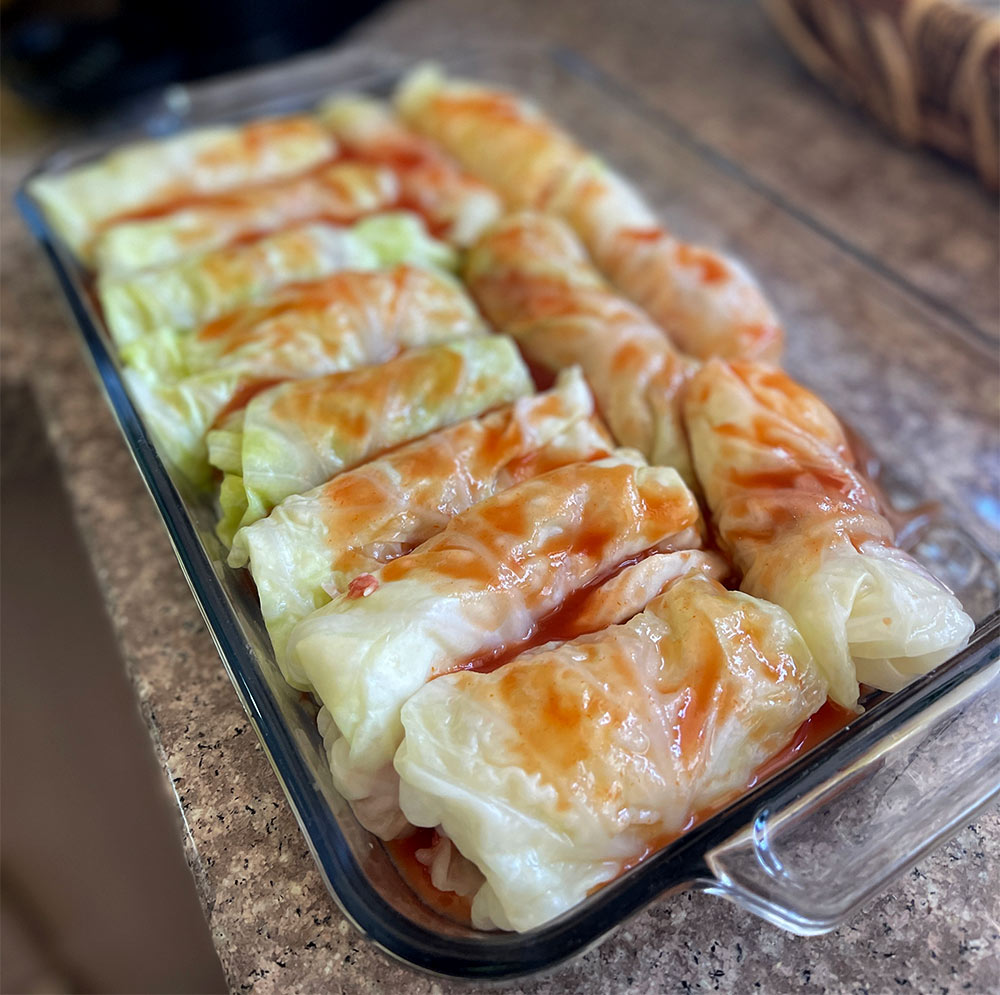 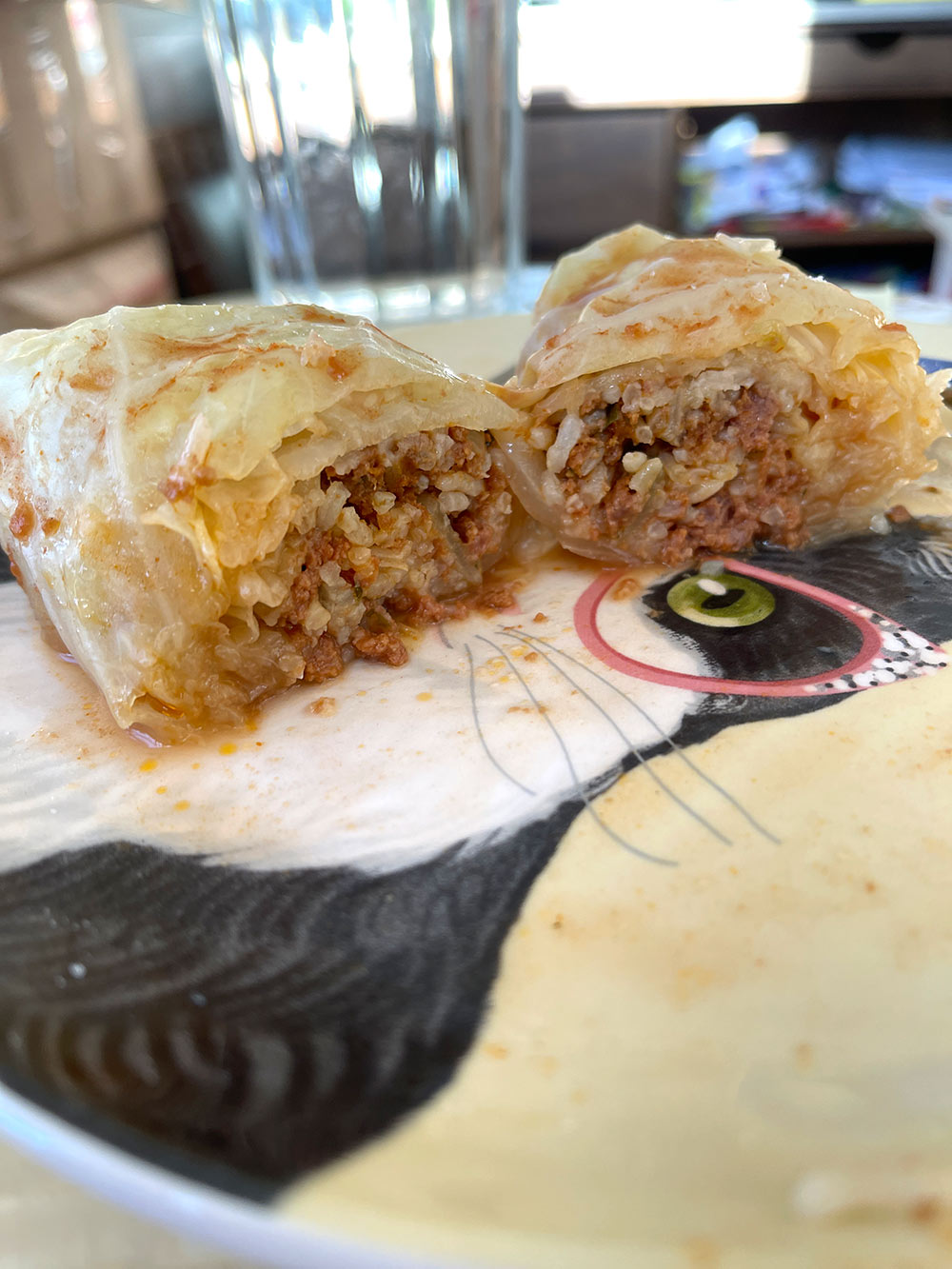 I found the recipe on the Jenny Jones cooking blog. Remember Jenny Jones, the talk show host from the 90s? A few years ago she was active on YouTube and did a whole bunch of cooking videos, and they’re fun to watch. It’s been years since she’s posted, though.

Jenny Jones fun fact: before she rose to fame, she owned her own catering business.

I’ve tried two recipes from her site so far, the cabbage rolls and a 20-minute meal called spaghetti with cherry tomatoes, both of which were light, easy and excellent.

Back to the cabbage rolls. Jenny says they’re great as leftovers the next day and suggests frying them in a pan with a little bit of olive oil. That’s what I’m gonna have for lunch today. YUM!

On a beauty note, the tweed quads are up on the Chanel website. The one with browns, taupes and rosy shades, Brun et Rose, looks really lovely. 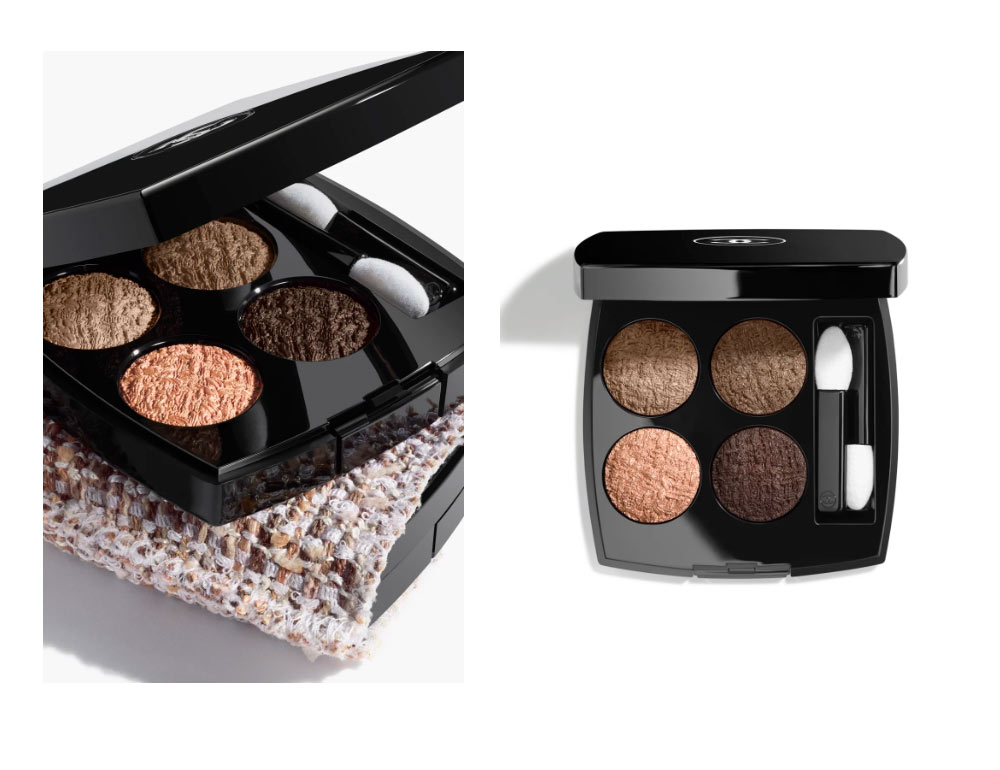 There are also new nude nail polishes that look good, too. I don’t know what it is about Chanel, but they do such a good job of hitting all the right notes when it comes to neutrals and basics. UGH, WANT.

What else is going on, hmm? Oh, forgive me for living underneath a rock, but I’ve only recently discovered the singer Harry Styles.

I’ve been listening to a random assortment of his music, and these are the two songs I’ve had on repeat.

Sometimes he reminds me of Prince and sometimes he sounds like the band Phoenix; it’s hard to pin his genre down. If you get a moment, give his songs a listen.

Alright, I’m off to start my day. I hope you’ve had a wonderful week so far! Did you wake up this morning just as surprised as I was to find out that it was Thursday? Yes? But? Whatever you’re up to today, I hope you find a way to find joy in your tasks — even the mundane ones.

September 26, 2022
[ad_1] The September Saks Fifth Avenue Friends & Family event is here! There are so many amazing new arrivals that are 25% off – but

The Menopause Box 2.0 Has Landed